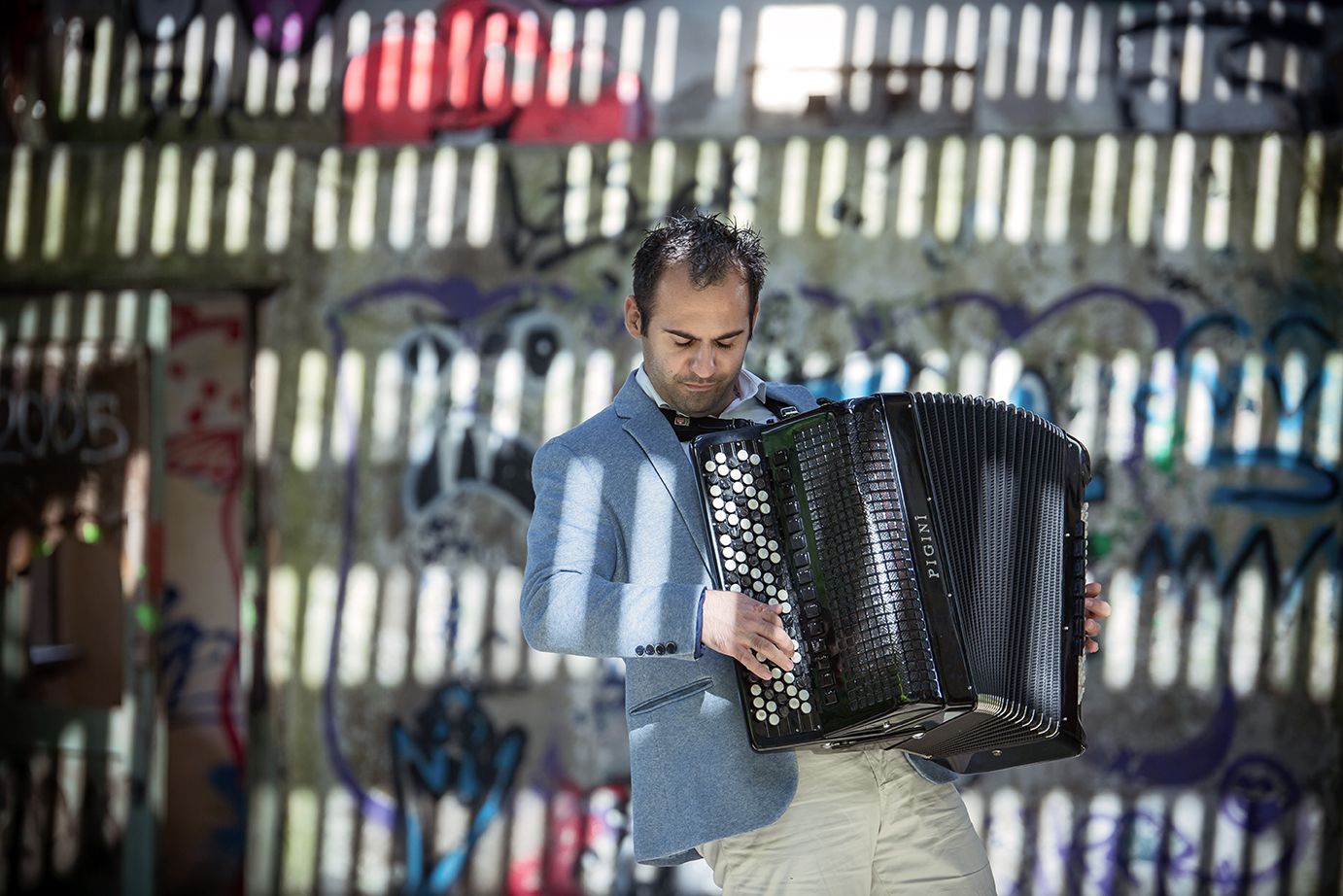 Music is like telling a story....
You've got to believe strongly in what you tell in order to make others believe in it as well

Trenev Ivan was born 1993 in Shtip, Macedonia. There he attended the musical high school. He has worked with many world-famous Professors like: Janne Rättyä, Joseph Macerollo, Inaki Alberdi, Mie Miki, Niko Kuumpuvaara, Krassimir Sterev, Georg Schulz etc. He played his first solo concert at the age of 16.

Then he went on studying at the University for music and performing arts in Graz, Austria where he finished his master studies in Classical Accordion.

Ivan’s artistic engagement can easily be described as borderless. From classical music, Tango, Klezmer, Latin – Latin Jazz, World Music and Pop all the way to Premiers of Experimental Compositions, Performances and Acting.

This approach in Music and Art in general has brought him many Collaborations with renowned orchestras and ensembles such as: “Georgian Chamber Orchestra”, “Recreation Orchestra”, “Szene Instrumental”, “Schallfeld”, “QUKI Ensembleé” etc.

He is currently active with “Duo Trenev & Weiss”, “Balkalito Project”, “La Onda” and “XAFER” as well.

Where have I played?

Sign up with your email address to receive news and updates.
Tell your friends!